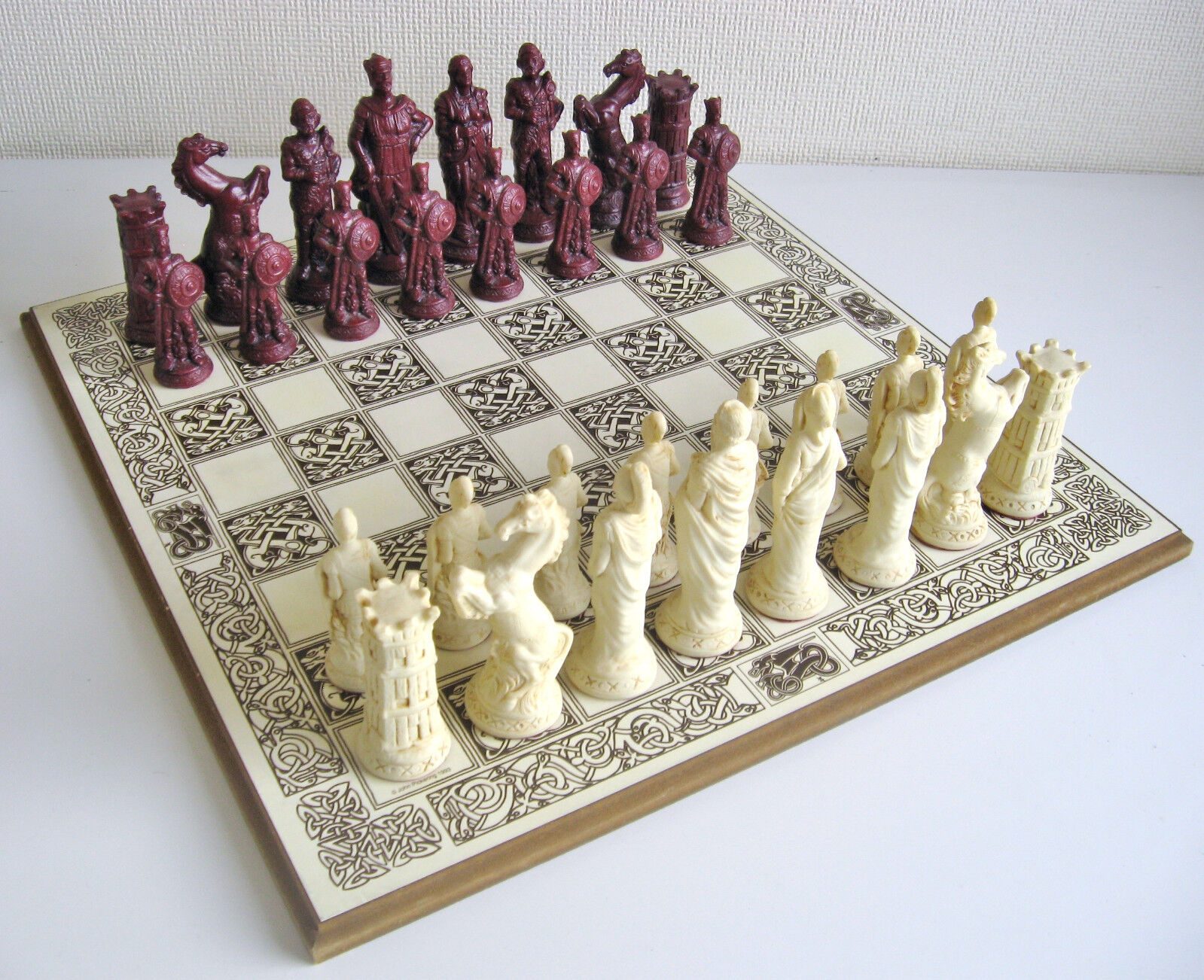 Carved Polish Made Chess Set With Folding Board Nice Quality